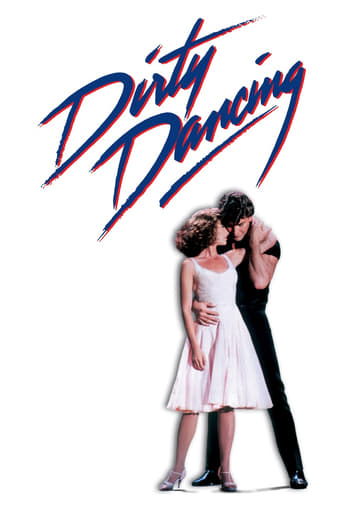 Grace 2 years ago
Interesting to watch with contemporary eyes.

Amanda Mathews almost 3 years ago
Favorite romantic movie ever. So sweet and inspiring and amazing.

Marina over 4 years ago
Love everything about this film! the dancing, the romance and the soundtrack! classic!

Robyn Hamilton over 5 years ago
Classic cheesy, campy fun and an unforgettable soundtrack.

ashley lee over 5 years ago
CLASSIC.

Annika Løchte Taylor over 5 years ago
I feel like I would have appreciated this movie much more if I had grown up loving it.

Melissa Høegh Marcher over 5 years ago
Music, romance and (dirty) dancing. A classic every hopeless romantic should watch.

zeljka areh over 6 years ago
its a beautifull movie. I love this girl movie...

Fae almost 7 years ago
I love love LOVE this movie.

Jordan Beeby 7 years ago
It's amazing

Brendan Keevers over 7 years ago
Baby can go dance somewhere else. Don't understand why this film has such a following.

Dylan Clites over 7 years ago
Easily one of the most overrated movies ever. Not remotely interesting. Just dullsville.

Dominic Dirupo almost 8 years ago
There's a lot to like about this film. Dancing mostly

tamuna eristavi over 1 year ago

Giorgia over 1 year ago
Dirty Dancing is a 1987 American romantic film. Written by Eleanor Bergstein and directed by Emile Ardolino, the film features Patrick Swayze and Jennifer Grey in the lead roles, as well as Cynthia Rhodes and Jerry Orbach. The story is a coming of age drama that documents a teenage girl's rebellion against her father by starting a relationship with a dance instructor during the family's summer vacation. Originally a low-budget film by a new studio and with no major stars (except Broadway legend Jerry Orbach in a supporting role), Dirty Dancing became a massive box office hit. As of 2009, it earned over $214 million worldwide. It was the first film to sell more than a million copies on home video, and the Dirty Dancing soundtrack generated two multi-platinum albums and multiple singles, including "(I've Had) The Time of My Life", which won both the Golden Globe and Academy Award for Best Original Song, and a Grammy Award for best duet. The film spawned a 2004 prequel, Dirty Dancing:...
Read more on