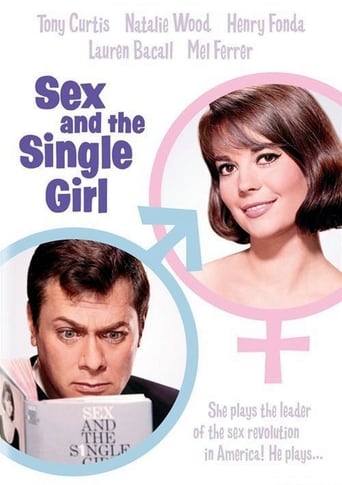 Tony Curtis, Natalie Wood, Henry Fonda, Lauren Bacall, Mel Ferrer
Rate this film now
Write a short review
Sex and the Single Girl is a 1964 American comedy film directed by Richard Quine and starring Tony Curtis, Natalie Wood, Henry Fonda, Lauren Bacall, and Mel Ferrer. The film was inspired by the title of the 1962 non-fiction book Sex and the Single Girl by Helen Gurley Brown. The film was a box office hit and one of the top 20 highest grossing films of 1964. Tom Milne in the Time Out Film Guide 2009 describes the film as a "Coyly leering comedy...graceless stuff, criminally wasting Bacall and Fonda as a couple with marital problems...with Quine's moderate flair for comedy nowhere in evidence." with "noise substituting for wit and style" according to Halliwell's Film & Video Guide.
Read more on