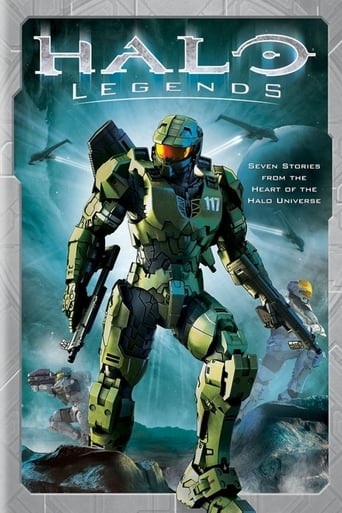 James Olson over 5 years ago

Patrick Oliver over 7 years ago

Brandon Mueller over 7 years ago
Halo Legends is a collection of seven animated short films set in the Halo science-fiction universe. Financed by Halo franchise overseer 343 Industries, the stories were created by six Japanese production houses: Bones, Casio Entertainment, Production I.G., Studio 4°C, and Toei Animation. Shinji Aramaki, creator and director of Appleseed and Appleseed Ex Machina, serves as the project's creative director. Warner Bros. released Legends on DVD and Blu-ray Disc on February 16, 2010. The idea for an anime compilation existed for years before there was momentum for the project. 343 creative director Frank O'Connor produced story outlines or finished scripts that the production houses animated in a variety of styles.
Read more on